The beginning part of Plan B 4.0 is a bit slow compared to the rest of the book. Essentially author Lester Brown is just setting the foundation for the rest of the book and as such there wasn’t a whole to agree or disagree with. That said, there were many interesting facts.

The most fascinating was “But instead of continuing to decline, the number of hungry started to edge upward, reaching 915 million at the end of 2008. It then jumped to over 1 billion in 2009.” (pg 4) This fact is so interesting because it comes in the same time frame as record lows for people living in poverty. In other words, even though fewer people are in poverty now than ever before the number of people going hungry continues to rise. This has severe consequences that were adequately laid out in the reading.

Another important quote from the reading is “The risk is that this will increase hunger and political instability, leading to even more failing states.” (pg 9) It’s important to note that the consequences of inaction are not contained to the environmental realm. If there is famine across a continent there will be rebellions, revolutions, and anarchy leading to, in all likelihood, worse rulers than before and even more suffering. The geopolitical consequences are, I’d argue, even more important than the environmental consequences. 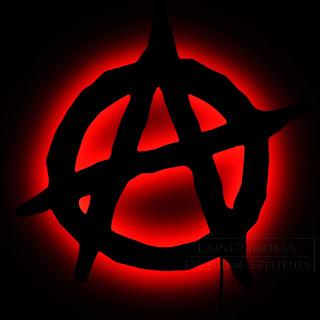 Something I do disagree with was “The market does not respect the carrying capacity of natural system. For example, if a fishery is being continuously overfished, the catch will begin to shrink and prices will rise, encouraging even more investment in fishing trawlers. The inevitable result is a precipitous decline in the catch and the collapse of the fishery.” (pg 17) This is a pretty half-baked attempt at economic analysis. On its face, yes that is a problem. It’s known as the tragedy of the commons and occurs when it’s in each actor’s self interest to contribute to depleting a common resource even though the actual depletion of the resource is in no one’s best interest. Think about half of a leftover cake on the counter in a house with several kids. Each kid may not want another piece of cake tonight and would rather have it tomorrow, but since they each can’t be sure there will be any tomorrow they get a piece now to ensure that get a slice. This isn’t a perfect metaphor, but sums up the basics. However, in the situation Brown describes he leaves out several important economic forces. First, if the catches are shrinking there won’t be an increase in investment in fishing trawlers. A smaller catch at a higher price won’t be much different, and indeed could be less revenue, than a larger catch at a lower price. In addition, one fishery’s catches shrinking won’t a large enough impact on the price to spur new investment. Third, now more than ever companies have to be concerned with corporate responsibility. Customers have shown that they are willing to boycott companies who are irresponsible in their activities and are willing to pay more money to support a brand that has a good reputation. All of these considered, this minor point is embellished at best.